«Without doubt, this is the finest classical guitar sound I have heard on disc so far» 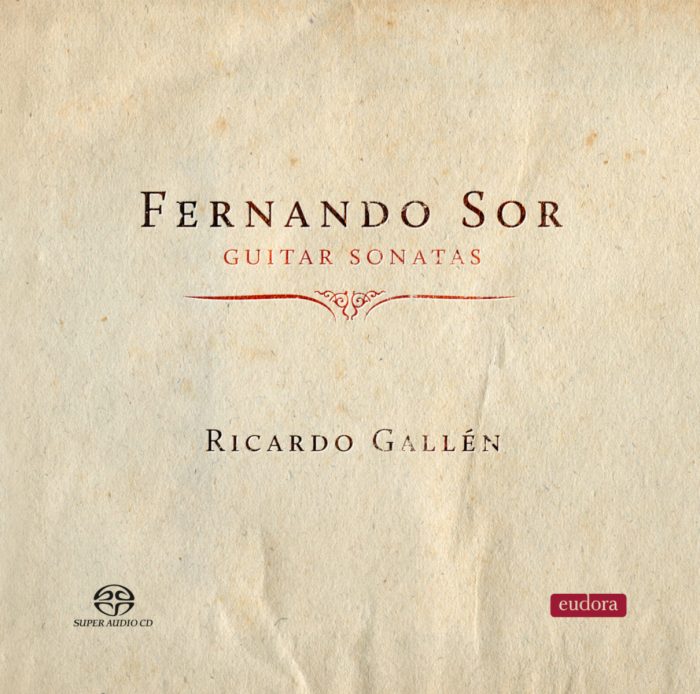 Gallén’s overall approach to the four sonatas in the Viennese classical style (with Spanish flavours) is wonderfully idiomatic. He understands the kind of Enlightenment rhetoric which Mozart and Haydn used, and brings superb clarity as well as sympathetic expression to the music’s progress. You are never quite sure what Sor is going to do next, changing textures and harmonic sequences, and Gallén never fails to display the dramas which result. Sor’s scores are nearly bereft of instructions other than initial speed indications, apart from the odd ff or pp in the later works, so the weight of interpretation lies squarely on the artist. Gallén makes these movements flow so naturally that it seems he has been studying them for a lifetime. They are bestowed with classical gallantry, elegance, wry humour and make irresistible listening.

Gallén’s tone, adduced from his guitar (a copy of a Fabricatore circa 1820) is rich, varied and resonantly beautiful . In the upper voice he can change the timbre to a sharp-edged, penetrating tone or to a soft-edged, warm tone, the foundation of his expressive interpretation. In the lower voice his dynamic control is remarkable, changing the volume of accompaniments from loud to soft with innate skill. I was also very impressed with his ability to make complex polyphonic passages sound as if several instruments were playing. Even when playing fast, virtuosic passages, he makes a minimum of string whistles or fingerboard noises. He can, however, deliver fast, soft low note rows at the same time producing an underlying pecking noise on the guitar body, just as Sor wrote, and swelling fast-repeated deep notes as if an accompaniment by timpani. Very impressive – and he plays all the repeats, which in this case is a real benefit.

The first word which came to me on listening to this disc was “intimate”, such is the controlled intensity of Gallén’s artistry. The word also applies to the sonics of the disc. Made in Iglesia de San Miguel, Cuenca, Spain, the thirteenth century building adds a luminous aura to the guitar, while still preserving the feeling of intimacy. Without doubt, this is the finest classical guitar sound I have heard on disc so far. In multichannel, the sense of being inside the building intensifies the impact of the music-making, while the excellent stereo is as usual less realistic regarding positioning of Gallén in the sound stage, as well as loosing much of the three-dimensional feeling. Congratulations to Gonzalo Noqué, producer and sound engineer.

My final words: a splendid set of performances which could almost be regarded as authoritative for the Sor sonatas, captured with startling realism in 5.0 high-resolution sound. Highly recommended.