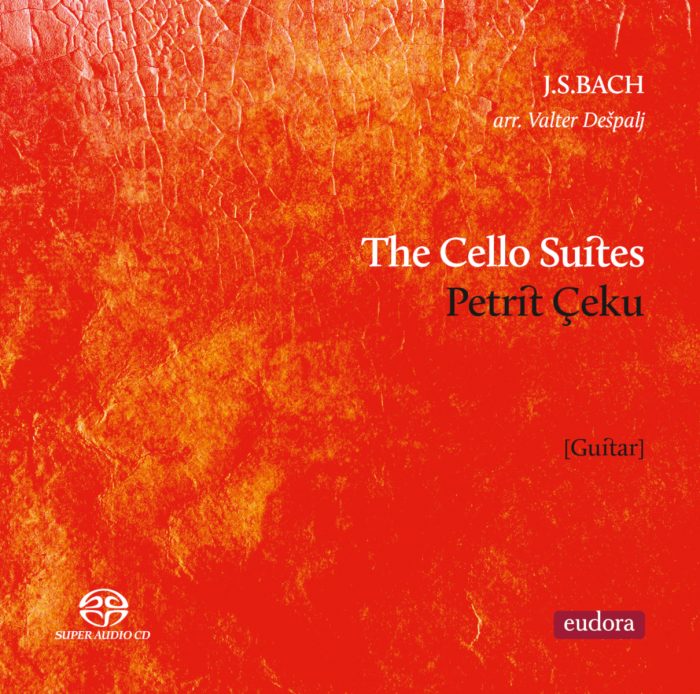 Çeku’s playing […] gripped me from his first few bars. His obvious love for Bach’s music brings a self-effacing purity of tone from his six-string guitar; gracious, elegant, endearing, with perfect control of dynamics […].  Çeku’s […] flying fingers of virtuosity and clear fluidity of thought sound almost as if all the Six Suites were played in a single recording session. I have already put this 2-disc album into my list of Records of the Year. […] HiRes SACD brings the Auditorio of San Fransisco to your music room so naturally that you can close your eyes and think you are there. If you are a purist and abhor the idea of making arrangements of some of Bach’s most emotional and at the same time amusing compositions, then just listen to Eudora’s latest album, and don’t miss this flourish of musical skill in demonstrating that this elevating guitar version actually complements the solo cello’s original version.