Particularly interested in Chamber Music, Herminia Navarro has worked with many aggrupations and musicians, such as clarinetists David Salinas and Laura Fernandez Organista, or guitarist Pablo Rioja, with whom she conforms the guitar duo “L’Encouragement”, which tours regularly through Spain. This activity is also held abroad, in countries such as Morocco (Instituto Cervantes in Marrakech and Essaouira), France (Manosque, Carzou Foundation), Lebanon (Spanish Embassy in Beirut and Chehab Palace) or Swiss (Atelier Geigenbau Kari Loch in Luzern)

Herminia Navarro was born in Murcia, where she studied guitar under the tutelage of Agustín Sánchez and Alberto Plaza, being awarded with honours in her Elemental and Medium Degrees.

She completed her degrees at the Real Conservatorio Superior de Música in Madrid, with Professor Miguel Ángel Jiménez Arnáiz, and also expanded her education on early music, transportation, sight reading and accompaniment with Professor Gerardo Arriaga. She followed her studies with Miguel Trápaga and Ricardo Gallén.

She has a degree in Music History and Science by Complutense University in Madrid. In October, 2007, she got her Advanced Studies Diplom with the paper “Modal system in Music for Vihuela Books (1536-1576)”, under the direction of Gerardo Arriaga.

Besides her concert life, she currently holds the post of guitar teacher at Conservatorio Profesional de Música “Joaquín Turina”. 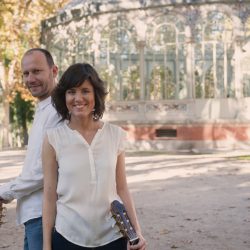 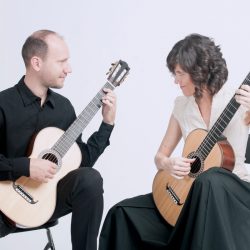